Thank You for Your Generosity: October 2018

Posted by Maya Joshua on Oct 1, 2018 in Announcements, Kol Kehilla Newsletter | No Comments 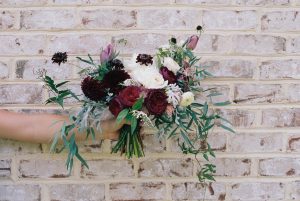 Mary Ross, in honor of the streaming of High Holy Day Services for homebound attendees

Karen and Alexandra Friedman, in honor of Sylvia

Leah Korican and Brian Barlay, in memory of Peter Korican

Peter and Bonnie Lawrence, in memory of Sam & Frieda Dozoretz

Roselyn and Jesus Mena, in memory of my mom Sarah Wolfe

Catherine Lyons, in memory of her parents

Lisa Cohen and Susan Borden , in memory of Luna Lester

Carol Delton and Steve Zolno, in honor of Alex Madonik

Barbara and Demi Rhine, in honor of Families We Accompany

Vanguard Charitable, in honor of the Shower Project

Karen Sukenic and Dara Efron, in honor of Families We Accompany

Lisa Korwin and Kip Walsh, in honor of all who need sanctuary

Kim Bailey, in honor of the celebration of Michael’s birthday!

Paul Kivel and Micki Luckey, in honor of Immigrants

Sandy Bredt and Em Herzstein, in honor of Families we Accompany and in honor of Talia and Andrew’s Upcoming Marriage

Bill and Lynn Lazarus, in memory of Ralph Lazaurus

Terry Kupers and Harriet Charney, in memory of Arlene Shmaeff and Larry Sirott

David Levine and Laurel Zien, in honor of Rabbi Burt

Sandy Hochman, in memory of her parents

Thank you to the many volunteers who made Kehilla’s High Holy Day Services what they were:

So Many Thank Yous
We’d like to take a moment to honor the members of our community who made High Holy Days happen, along with our amazing clergy and staff here at Kehilla. There were many of you.

Sharon Grodin, for prepping and leading the Bima Team.
Don Stone, for working on seating and all matters of accessibility.
Renee Enteen, for staffing all hired help and coordinating volunteers.

The Bima Team, for prepping and setting up and taking down the beautiful bima (multiple times!)
The Ushers and Greeters
The Setter-Upers and Cleaners
The Magical Everything Helpers (Max with chairs, Leanne with logistics, Joi with cleaning up)
And to So Many More People