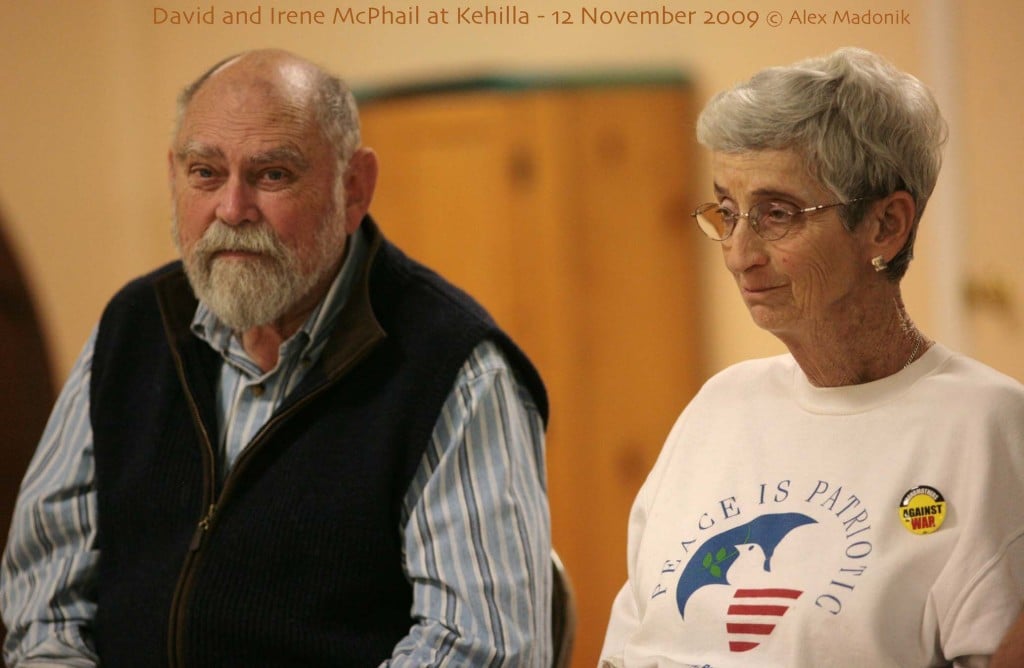 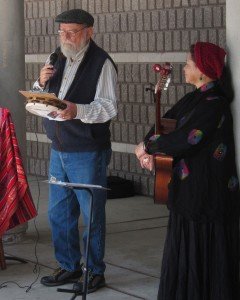 I have been studying the Gospels for many decades now. Like my own spiritual teacher, the Ba’al Shem Tov, Rabbi Jesus placed the values of love and compassion at the center of his life and ministry. Over a year ago I decided I wanted to teach a class at Kehilla about Jesus. I had several goals in mind, but most important for me was the need to reclaim Jesus as a Jewish teacher, emphasizing the moral and spiritual wisdom of his teachings. I also wanted class members to understand the differences between Judaism and Christianity, and how those differences came about historically. 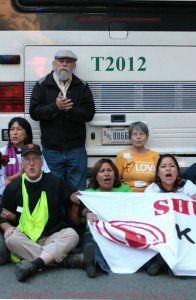 I knew I couldn’t do this alone. I just didn’t know enough and I felt it would be wonderful for Kehilla folk to study with a Christian teacher and thinker. Without hesitation, I knew whom to ask: David McPhail. David and Irene had been taking classes with me for several years and I had very much enjoyed their classroom participation. David was eminently qualified. He had been ordained as a pastor at one of the most prestigious Protestant seminaries in the U.S. And he had a deep appreciation for prophetic Judaism, which he practiced diligently as a progressive social justice advocate.

David was gratified to be teaching the class with me and the experience was wonderful. We found ourselves in close agreement on most of the subject matter. David urged me not only to look at Jesus’ background in Jewish sources, but also to discover what was new and unique about Jesus’ teachings. What a great time we had together, and I know our students profited a great deal from our collaboration.

David thanked me on numerous occasions for having invited him to co-teach with me. I was so sorry to see him diagnosed with cancer just after we completed the class. I will miss him greatly.

I take photos to help me remember.  David McPhail is in many of them, because he was THERE.  Now that he’s gone, I wonder whether I really knew him, but the stories shared by his family and friends who did know him well have simply confirmed my every impression of him. 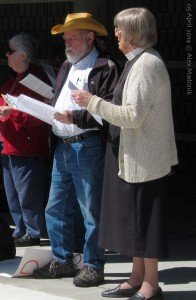 David was there at Kehilla (with his wife, Irene) for the “report-back” from the first J-Street conference in 2009.  And he was there (representing his congregation, St. John’s Presbyterian Church) at so many monthly meetings of the East Bay Interfaith Immigration Coalition.  He didn’t say a lot, but if something needed to be done, he did it.  He and Irene were there at most of our monthly Saturday vigils of solidarity with immigrants held at the West County Detention Facility in Richmond. David would open the vigil with his statement, “Why We Vigil,” sharing the call of faith in action:

We do this to give moral and spiritual support to the families whose loved ones are being held here.  We know their trauma can be deep and their lives filled with fear. We seek to give practical advice and counsel on legal, medical and food and housing issues and to be a friendly face. And we also do this to provide opportunity for people directly impacted by S-COMM* to share their truth – to give their testimony that they know they are not alone. SO TODAY….

We pray together for a just and fair immigration policy that the promise on the Statue of Liberty is not a sentiment only for patriotic days, but one we endorse through our actions every day. We also know that all our faith traditions call upon us to welcome strangers and aliens for they too are our sisters and brothers for once our ancestors were strangers and aliens in this land.

For David (and Irene) these were words to live by, as they volunteered early and often to assist immigrants who were released from detention and needed transportation to the airport or bus station to continue their journey.  Or, as he sat down in the street to protest mass deportations by ICE (Immigration and Customs Enforcement), and to block their deportation bus with his body.  Strength and calm seemed to radiate from him at these moments, reassuring all around him. He was equally comfortable playing the role of an ICE agent at the interfaith Posada that dramatized the plight of refugees from Central America as he was raising his tambourine for a moment of glorious noise at our vigils in Richmond.

These are the moments that I witnessed (and photographed), but the last time I saw David was exactly one month ago, on the morning of Rosh Hashanah, when I dropped off a meal for Irene at their home.  David was no longer able to eat because of esophageal cancer, but he was eager to say hello and hold my hand, perhaps to reassure me, and (as he told others), to say “Thank you.”  I rushed off to services, foolishly thinking I would visit again soon.  I wish I could have stayed to say, “Thank you.” 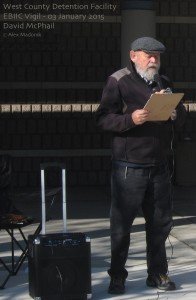 David McPhail was for me one of the two highest-ranking people I knew personally who modeled what it meant to be a spiritual-political activist. The other was Father Bill O’Donnell, who was David’s comrade-in-(non-violent) arms in the struggle against the School of the Americas. Their memories and their example will be a guide to all who endeavor to fulfill the mandate of the prophets to speak truth to power and to act on our outrage at injustice. David McPhail: Presente!

David and Irene were involved with the School of the Americas Watch, and traveled four times to Fort Benning, Georgia, to protest at the gates of the School (a training school for counterinsurgents to fight popular revolutions in Latin America).

David gathered a group of volunteers, including several from Kehilla, to provide a monthly dinner for about 60 people, half of them children at the Family Shelter of the Greater Richmond Interfaith Center. 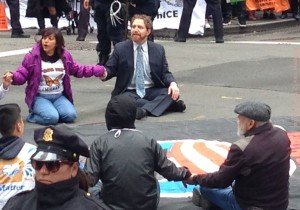