Kehilla Marches for Justice at the Berkeley Protests

Posted by Dee Ward on Aug 30, 2017 in Announcements, Uncategorized | No Comments 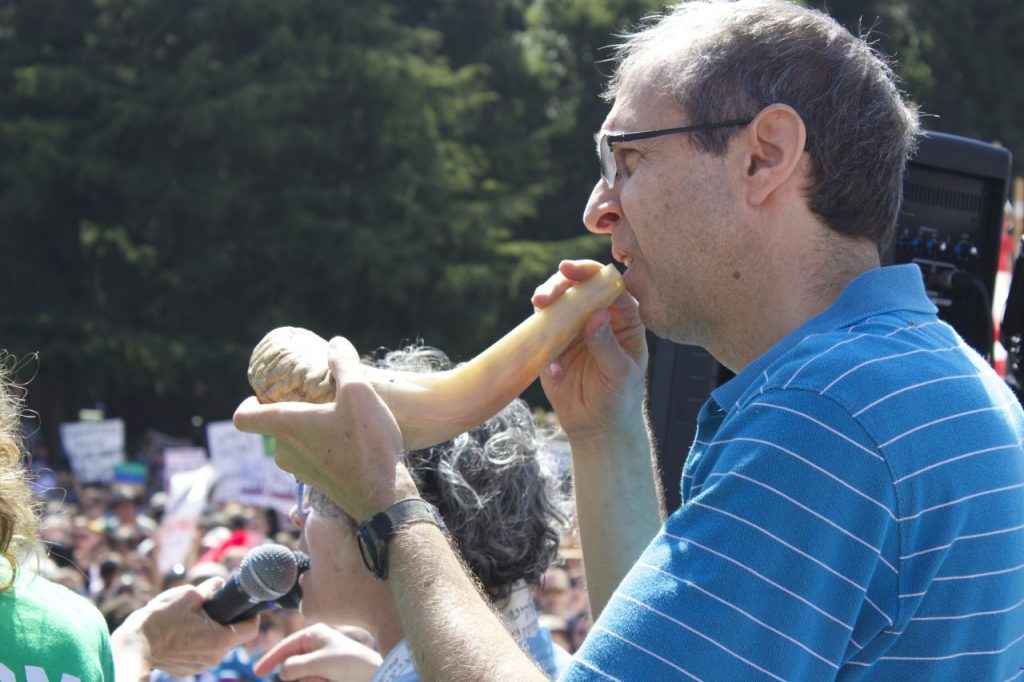 On August 27-28, people in the Bay Area gathered together to protest the white supremacist rallies that were scheduled for that weekend. Kehilla Synagogue took a leading role in many of the protests and events that weekend. Below are just a few ways that our community spoke out against hatred that weekend:

Kehilla at Berkeley Rally Against Hate

Julie, Michael and their son, Sam, then walked at the front of the march alongside Ben Stern, a 95 year old Holocaust survivor. 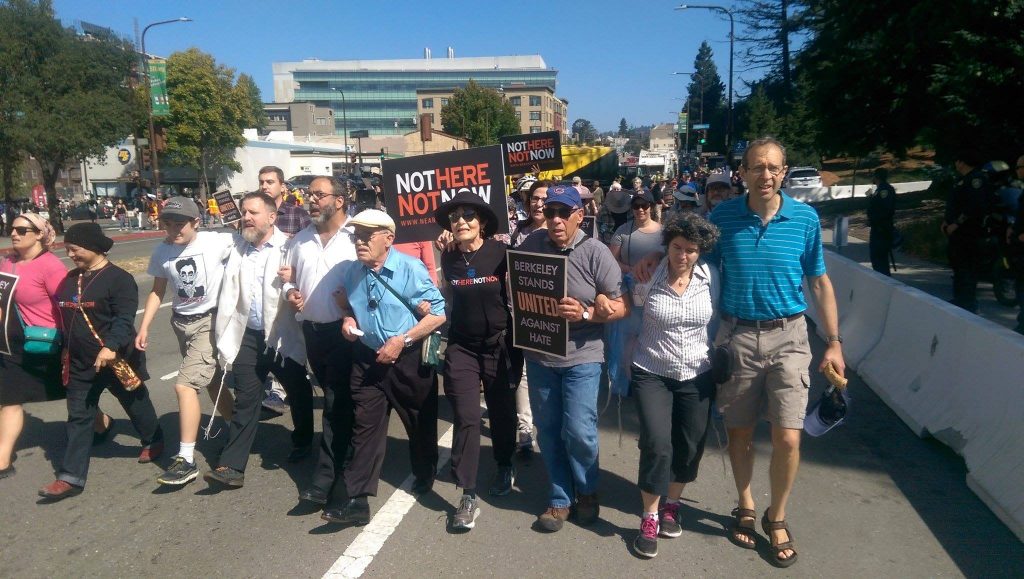 Kehilla also had a strong presence at the interfaith march, a different event that was held that day. Our music director, Hazzan Shulamit Wise-Fairman, led an opening prayer before the march began and co-led an interfaith bread-breaking ceremony that was held during the march.

On August 27, immediately following Chai Shabbat, Kehilla hosted events for the wider community in response to the rallies. In the sanctuary, nearly 100 people  gathered for a nonviolence training (led by PEACE Out Loud & Anti Police-Terror Project) in preparation for the march. In the social hall, sixty-three families gathered for a children’s art build and teach-in about fighting white supremacy (led by Abundant Beginnings, Our Family Coalition and Showing Up for Racial Justice). 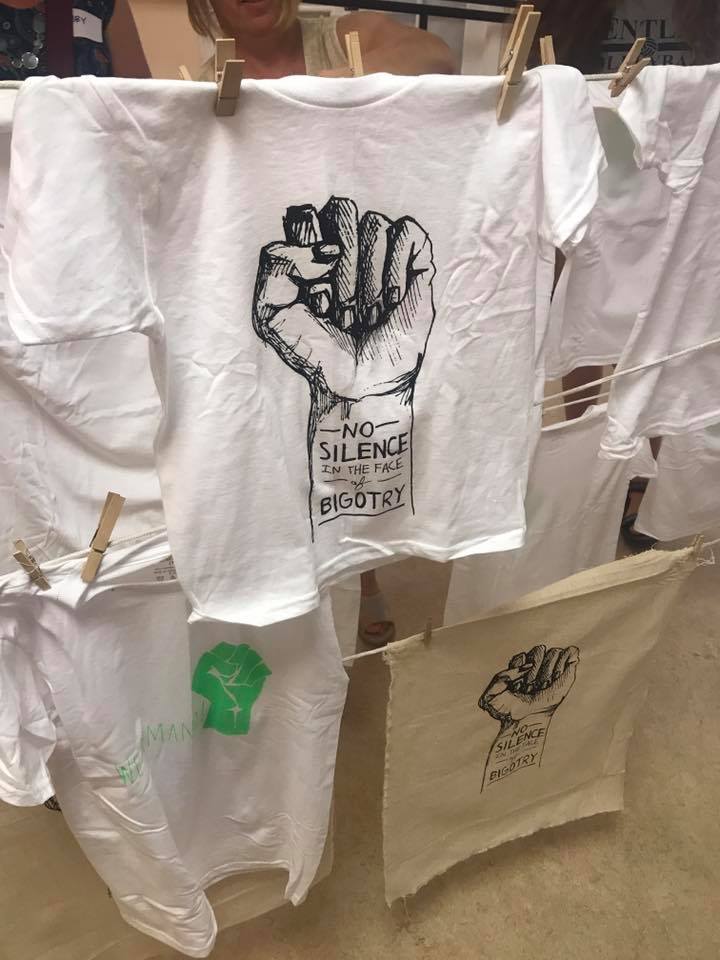 Kehilla was also the target of a small act of vandalism, which seemed to be connected to the rally. The event led to some media coverage, which gave us an opportunity to highlight Kehilla’s commitment to social justice.