Posted by Dee Ward on Feb 8, 2016 in Executive Director's Blog | No Comments 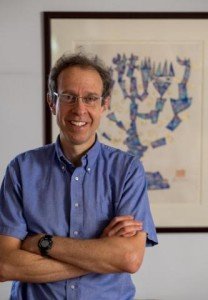 When I was growing up, my family didn’t really talk a lot about money. I figured out some things by watching, like:

My parents never discussed what they made and our financial situation. When I was in my mid-20’s, I asked my dad why he had never told me what he earned. I vividly remember him saying, “there are just some things that parents shouldn’t talk to their children about.”

I was taken aback by his answer but also motivated to understand why he treated money as such a private thing. I found that many Jews were hesitant to talk openly about money. As I learned more about Jewish history and about how money and finances have been key mechanisms of anti-Semitism, I understood why Jews might have fears about visibly talking about money.

Interestingly, as the executive director of Kehilla, I talk about money all of the time. I am thinking about the long-term health and growth of Kehilla, and, whether it is budgeting, personnel, fundraising, programming, education or building maintenance, every aspect of congregation life entails dealing with money.

At its core, the Kehilla community is committed to the values of social justice and inclusive spirituality. We can and do apply these values to how we deal with money. We can challenge the structural economic inequalities in the society we live in, and recognize that people have different amounts of economic resources. And we still need to learn to talk more openly about money and to get better at raising it.

I recently led a training on budgeting and fiscal oversight for the board of directors and I began by asking people to talk about their relationship to money. I asked questions, such as:

I encourage you to answer these questions as well.  If you do, I would love to hear what you learn from answering them. The more we can talk freely about money, the better we will be able to grow and sustain our community.