Posted by Michael Saxe-Taller on Apr 25, 2015 in Announcements, Executive Director's Blog | No Comments 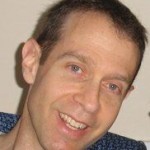 Last month, I began my Kol Kehilla article with the line from Sweet Honey in the Rock’s Ella’s Song, “We who believe in freedom cannot rest.” Following its publication, I received a very thoughtful note from Paul Kivel, a friend, Kehilla member and devoted ally against racism. He wrote the following:
“Part of the exploitation of African Americans in our society occurs by way of white people taking things that Black people do, produce, say, or create and appropriating them to our own uses. Black Lives Matter and Ferguson Action have recently pointed out how white people turning the phrase “Black Lives Matter” into “All Lives Matter” is an example of this kind of well meaning but disrespectful and intrusive white response. Sweet Honey’s song was explicitly about the devaluing and murder of young black men. To turn the opening lines into a meditation on rest/self care both undermines the urgency expressed in the song and needed in our society and is a white appropriation of the lyrics for a different use.”

When I first sang the song 25 years ago, I had a personal realization about the need for rest as a key component in fighting for liberation. Last month, when I used it as the “hook” for my article, I was using it to get across an idea I wanted to teach, and once I thought about it, I realized that I was, indeed, appropriating it in the manner that Paul was referring to. As I told Paul, I appreciate the correction and the opportunity to learn, and will find other ways to teach about the importance of Shabbat and rest in the future.