VIRTUAL: Life in the New Jewish Diaspora: A Vision for a Judaism Beyond Zionism 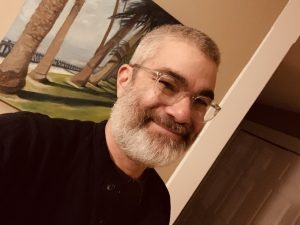 Life in the New Jewish Diaspora: A Vision for a Judaism Beyond Zionism
A Discussion with Rabbi Brant Rosen of Congregation Tzedek Chicago

Please join the Middle East Peace Committee in welcoming back to Kehilla Community Synagogue (via zoom), Rabbi Brant Rosen, who spoke at Kehilla in 2013, following the publication of his book, Wrestling in the daylight: a Rabbi’s Path to Palestinian Solidarity. After sixteen years serving a Jewish Reconstructionist Congregation in Evanston, Illinois, Rabbi Rosen worked as Midwest Regional Director for the American Friends Service Committee and helped establish a new synagogue, Tzedek Chicago in 2015. In 2020, he became Tzedek Chicago’s full-time rabbi.

Rabbi Brant will discuss his own journey of the last several years, from the rabbi of a liberal congregation to founding rabbi of an anti-Zionist synagogue. In particular, he will explore the current landscape of the North American Jewish community and its shifting relationship to Israel and Zionism. Finally, he will offer some thoughts about the nascent emergence of a Judaism beyond Zionism: one that looks to the diaspora as a focus of Jewish growth and creativity and views solidarity with Palestinians as a sacred obligation.

The Middle East Peace Committee looks forward to a lively conversation with Kehilla members–as well as the interested public– as we foster a meeting of the minds between communities, committees and congregants.

For questions or more information, contact the Middle East Peace Committee at mideastcomm@kehillasynagogue.org