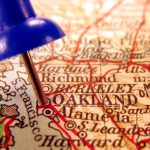 East Bay Housing Organizations (EBHO) celebrates Affordable Housing Week from May 13-22 this year.  EBHO-organized Housing Sabbath took place across the interfaith community just before, with Kehilla’s participation in the Shabbat service on Saturday, April 30th.[1]  We welcome you to join us in learning more about the issues and opportunities for action.

Those who have been awake during the past years are saturated with information on eviction, displacement, and gentrification.  But what does it add up to?

According to one website, rental costs are double what they were 6 years ago.  In recent months and years, too many of our children, friends, and neighbors have been forced to move because of the intolerable cost of housing.  And we all know too well the downside of the headlines such as this from August 2015: “Oakland: The nation’s hottest rental market.”

What is going on?  A double, double whammy.

Using two-year-old Census data, the National Low Income Housing Coalition (NLIHC) reveals that for the San Francisco – Oakland – Hayward metropolitan area there is a shortage of 131,000 rental units affordable and available to households with incomes at or below 30% of the area median income (AMI).[2]  To be precise, NLIHC found there were 33 affordable and available units for every 100 renter households below 30% AMI.  Severe shortages were also tallied for those at or below 50% and 80% AMI.

But not only that.

Almost 70 percent of the extremely low-income renter households spent over half their income on rent and utilities, a severe cost burden.  Compromises that families are forced to make to stay in the area have profound negative consequences on their ability to afford essentials like food, transportation, and medical care.  Additionally, families are forced to live in crowded circumstances to minimize housing costs, and this affects physical and mental health.  Displacement and housing instability due to this financial burden may result in serious disruption for family members, including children and their education.  Families that move to distant communities face long commutes to work and lack of access to child care, kin, and support networks.

For some, displacement manifests as homelessness.  Between 2009 and 2015, Alameda County’s very conservative point-in-time estimate of the number of homeless persons has remained close to 4,000. While this stable number may seem like a victory in the current housing market, we must consider that the stability persists despite delivery of significant services to prevent and address homelessness.

Homelessness is a problem both in its immediate crisis and also in longer-term well-being.  Consider, for example, homeless youth.  In the 2014 school year in Alameda County, 2.1 percent of enrollees, about 4,700 students, were recorded as homeless at least once during the year.  Homeless children may have difficulties at school, experience decreased academic achievement, and drop out of school.[3]  Other effects of homelessness-related trauma to children and youth include exposure to domestic violence; increased vulnerability to sexual exploitation; hunger and malnutrition; disrupted relationships; hampered development; physical, emotional, and mental health problems; and compromised safety.

The departure of African Americans and other subpopulations has reduced the diversity of Oakland’s population.  “Census data from 2000 and 2010 shows Oakland’s white population increasing by about 10% while the black population decreased by almost 22%. . . .  [and] the under-  18 population shrank by 15%.”[4]

We’re not going to build our way out of the problem immediately, but there is much we can do.

Proposals to address the countless problems seem almost as numerous as the problems themselves.  Here, I mention just three resources, each of which lists numerous proposals, many dependent on action by the Oakland City Council.  County and other cities’ governing bodies are assessing other proposals.