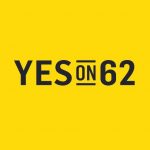 This November we’ll have a chance to vote again to repeal California’s death penalty, replacing it with Life Without Possibility of Parole.  Unfortunately, a competing measure that would attempt to change the appeals process to expedite executions has caused confusion, especially as the latter measure’s title is misleading.  So here’s an explanation of each of the initiatives with recommendations in keeping with Kehilla policy.

The Justice that Works Act of 2016—Proposition #62

This is essentially the same as Prop. 34 on the 2012 ballot, which Kehilla supported.  It would replace the death penalty with life without the possibility of parole.  It would:

Prop. 66 attempts to “reform” a  failed death penalty system by changing the appeals process.  It would remove current safeguards, limit the ability to present new evidence of innocence and set unrealistic deadlines for trials and appeals.  The changed procedures and new deadlines would force hiring of hundreds of new, inexperienced attorneys at taxpayer expense. If it succeeded, it would:

This fall you’ll have a chance to hear more about, question and discuss these initiatives, as well

as a number of others at a Kehilla Ballot Initiatives evening, October 17.  Mark your calendars and see Richard Speiglman’s article, also in this issue, on some of the other initiatives, researched and recommended by Oakland Community Organizations (OCO.)

If you want more information now about the death penalty initiatives; if you want to help with the campaigns or donate to them, go to www.yeson62.com or contact me at bethw0104@mindspring.com. 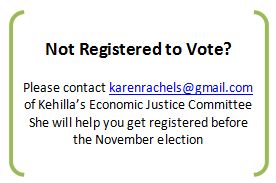