All Kehilla members are welcome to join us for our customary meetings on the second Monday of the month at 7pm.   Below are summaries of the books we will read in August and September, taken from Amazon. 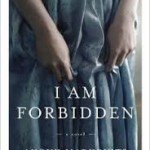 Monday, August 10th. I Am Forbidden by Anouk Markovits. 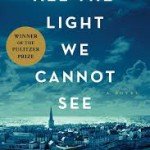 Tuesday, September 8th. (Special meeting day because of the High Holy Days.)  All the Light We Cannot See by Anthony Doerr

From the highly acclaimed, multiple award-winning Anthony Doerr, the beautiful, stunningly ambitious instant New York Times bestseller about a blind French girl and a German boy whose paths collide in occupied France as both try to survive the devastation of World War II.

Doerr’s “stunning sense of physical detail and gorgeous metaphors” (San Francisco Chronicle) are dazzling. Deftly interweaving the lives of Marie-Laure and Werner, he illuminates the ways, against all odds, people try to be good to one another. Ten years in the writing, All the Light We Cannot See is a magnificent, deeply moving novel from a writer “whose sentences never fail to thrill” (Los Angeles Times).

September’s book is available from the various public libraries.  It is very popular so people should reserve the book as soon as possible.