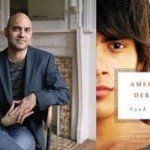 Hayat Shah is a young American in love for the first time. His normal life of school, baseball, and video games had previously been distinguished only by his Pakistani heritage and by the frequent chill between his parents, who fight over things he is too young to understand. Then Mina arrives, and everything changes.

American Dervish is a brilliantly written, nuanced, and emotionally forceful look inside the interplay of religion and modern life. Ayad Akhtar was raised in the Midwest himself, and through Hayat Shah he shows readers vividly the powerful forces at work on young men and women growing up Muslim in America.

This was a book recommended by Rabbi Burt. We have confirmed that he will be attending the group to join in the discussion. 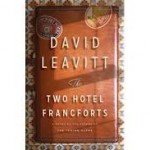 The Two Hotel Francforts by David Leavitt Monday, May 9, 7pm.

It is the summer of 1940, and Lisbon, Portugal, is the only neutral port left in Europe―a city ﬁlled with spies, crowned heads, and refugees of every nationality, tipping back absinthe to while away the time until their escape. Awaiting safe passage to New York on the

SS Manhattan, two couples meet: Pete and Julia Winters, expatriate Americans fleeing their sedate life in Paris; and Edward and Iris Freleng, sophisticated, independently wealthy, bohemian, and beset by the social and sexual anxieties of their class. As Portugal’s neutrality, and the world’s future, hang in the balance, the hidden threads in the lives of these four characters―Julia’s status as a Jew, Pete and Edward’s improbable affair, Iris’s increasingly desperate efforts to save her tenuous marriage―begin to come loose.

For more information, please contact Jan Herzog at Jan@kehillasynagogue.org. Neither of these books is from the Jewish Library, so please look in the library or obtain from your independent book store.