Posted by Dee Ward on Feb 8, 2016 in Announcements | No Comments 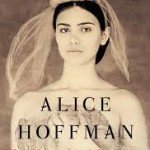 The Marriage of Opposites by Alice Hoffman

A forbidden love story set on the tropical island of St. Thomas about the extraordinary woman who gave birth to painter Camille Pissarro—the Father of Impressionism.

Growing up on idyllic St. Thomas in the early 1800s, Rachel dreams of life in faraway Paris. Rachel’s mother, a pillar of their small refugee community of Jews who escaped the Inquisition, has never forgiven her daughter for being a difficult girl who refuses to live by the rules.  Rachel is married off to a widower with three children to save her father’s business. When her husband dies suddenly and his handsome, much younger nephew, Frédérick, arrives from France to settle the estate, Rachel seizes her own life story, beginning a defiant, passionate love affair that sparks a scandal that affects all of her family, including her favorite son, who will become one of the greatest artists of France. 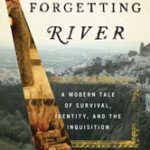 Raised a Catholic in California, New York Times journalist Doreen Carvajal is shocked when she discovers that her background may actually be connected to conversos from Inquisition-era Spain: Jews who were forced to renounce their faith and convert to Christianity or face torture and death. With vivid childhood memories of Sunday sermons, catechism, and the rosary, Carvajal travels to the centuries-old Andalucian town of Arcos de la Frontera, to investigate her lineage and recover her family’s original religious heritage.  As she strives to find proof that her family had been forced to convert to Christianity six hundred years ago, Carvajal comes to understand that the past flows like a river through time–and that while the truth might be submerged, it is never truly lost.