Meet the Kehilla Board of Trustees

The Board of Trustees meets at 6:45p.m. on the fourth Tuesday of each month. Kehilla members are welcome to attend our meetings. Find out how to join us on the Kehilla events calendar. 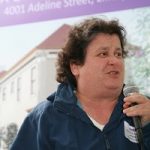 Ruth has always been committed to building community. Beginning as a teenager when she was social action chair and youth group president in her temple youth group she has always taken an interest in social justice and the common good. For 17 years she served on her city council as mayor and council member in Emeryville. One of her more recent accomplishments was leading the effort for Emeryville to have the highest minimum wage in the country. Community has been a leitmotif for her. Ruth served the public through various regional appointments when she was elected and served on the boards of directors of various non-profit organizations, including the Pacific Center for Human Growth and the Jewish Community Relations Council as Kehilla’s representative in the late 1990s. Now she is eager to serve her home community of Kehilla. Kehilla has been a safe haven and place to be rejuvenated. This is even more important as Kehilla continues its work for social justice and can become even more of a base to support the congregation as a whole in responding to today’s challenges. Ruth looks forward to putting her organizational and political skills to work on Kehilla’s behalf.

Pamela was born in Brooklyn, grew up in Long Island, and lived in several places before landing in South Berkeley in 2003.

Pamela began learning about Jewish renewal in 2004 and was drawn to its egalitarian values, joyful spirituality, and focus on social justice. She been involved in various committees at Kehilla, including the MEPC and WCLIG, and currently serves on Kehilla’s Personnel committee.

Pamela is passionate about mission-based work and has a long history working and volunteering at nonprofit organizations. She currently volunteers at Berkeley Humane and CERT and has a day job working at a nonprofit that provides services to homeless populations in six CA counties.

Dina hails from Los Angeles where she grew up attending public schools and local beaches. She was an active member at Wilshire Boulevard Temple and the first girl in her family to become a B’nei Mitzvah. After attending college in San Diego, she moved to Oakland, which she thought would be a temporary lay-over until a big move to SF. Once she experienced Oakland’s beauty and rich diversity, this is where her heart remained.

Dina attended her first Kehilla service in 1990, then housed in a little church in West Berkeley. She sang in High Holiday services with the Women’s Chorus and enjoyed the spiritual and communal aspects of Kehilla membership. After brief stints in Los Angeles and Chicago, Dina returned to Oakland and Kehilla for good. She lives here with her husband, Alex, and daughter, Ruby.

Professionally, Dina has worked with children and families for over 30 years as an educator and advocate, in both the public and private sectors. As an attorney, she has practiced family law exclusively for nearly 20 years. Dina was raised in a home where volunteering in your community was encouraged, and she is excited and honored to have an opportunity to serve on the Kehilla Board.

Nina Rennert Cohen grew up in Northern New Jersey and attended Workman’s Circle Sunday School for her childhood Jewish education. By way of Washington, DC; Rouen, France; and Palo Alto, California, Nina finally settled in Berkeley in 2002 and joined Kehilla in 2016 when she and her husband, Jonathan, were in search of Jewish schooling for their sons. It was Rabbi Dev’s open heart and mind that sealed the deal for Nina who was initially a reluctant Jew.

Inspired by the quality education her son was receiving at Kehilla and interested in developing her own Jewish identity separate from her husband’s and sons’, Nina started taking classes with Sharon, Bracha, Rabbi Dev, Hazzan Shulamit, and Rabbi Chaya and was slated to have her own adult bat mitzvah on March, 21, 2020 in partnership with fellow Board Member, Ali Cannon; though the pandemic thwarted those plans, Nina offered a drash on Zoom that day – the first Zoom Shabbat Service.

Nina is delighted to join the Board and the Personnel Committee and hopes to offer her experience as a career educator – teacher and principal – and business owner to the community as she, in turn, learns and listens to Kehilla’s thoughtful community members, staff, and clergy. 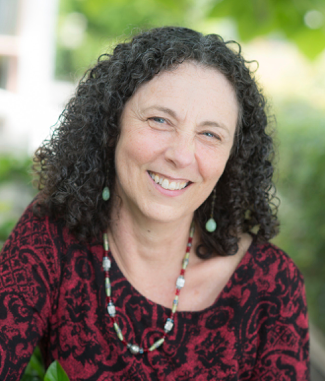 Stephanie has been involved with Kehilla since 1977! Coming to the Bay Area as a college student, she was immediately drawn to Kehilla’s commitment to social justice and political activism combined with spiritual depth. She knew this was the place for her to land for her Jewish community. She strengthened her relationship with Kehilla when her son entered Hebrew school in Kindergarten (he is now almost 21 years old) and post bar mitzvah, joined the B’nei Mitzvah Committee and organized a short-lived teen program.

Stephanie is a Licensed Clinical Social Worker and is the East Bay Director of a large youth and family-serving non-profit, managing both organizational and clinical realms. In addition, she is a strategic planning facilitator and trainer. Stephanie is moved and inspired by the place that Kehilla holds in the community and the impact that we have. Stephanie looks forward to bringing her organizational skills and other passions to the Kehilla board, joining with others to create and repair the world. When Stephanie isn’t working and volunteering, she spends time with loving family and dear friends, reading, cooking, eating, walking, and whiling away hours cracking British-style cryptic crossword puzzles. Stephanie’s excitement in joining the board was realized and enhanced by the camaraderie, intelligence and levity she experienced at her first board meeting. 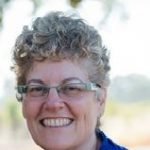 Lisa Korwin came to the Bay Area from New York 36 years ago in search of an environment that was welcoming to lesbians and politically progressive. She put down roots in Oakland and hasn’t looked back since. Lisa launched her own firm in 2001 — Korwin Consulting — where she evaluates programs that are dedicated to advancing social justice solutions. The work is tremendously satisfying and she is inspired by the important work she supports.Lisa began attending Kehilla’s high holiday services in the ‘90s and was drawn to the politics and commitment to inclusive practices. As someone who grew up assimilated yet culturally Jewish, it was deeply important to feel welcome and to have a place to explore her Jewish identity. After years of loving Kehilla from the periphery, Lisa and her wife Kip finally decided to become members. When Lisa saw a post in the newsletter soliciting new members for Kehilla’s Art Gallery Committee, she saw it as a wonderful way into the working life of Kehilla. She joined the committee and now serves as its chair. The Art Committee was only the beginning. She is co-leading the beautification of Kehilla’s lobby to use beauty in providing respite. She served on an accompaniment team for an Afghan family who came to settle in the East Bay. She looks forward to serving on the Board and bringing her organizational skills to the Kehilla organization and the community she loves.Lisa can also be found hiking in the East Bay Regional Parks with her beloved wife and her dog, or reading, spending quality time with friends, hearing live music, and singing.

Michael grew up in Milwaukee, Wisconsin and came to California in 1986 to attend Stanford University. After graduation, he moved to Oakland where he has lived ever since. Michael works at TECHsperience, the organization he started in 1995, which provides IT and MIS services to Bay Areanon-profits. Prior to TECHsperience, he worked for a San Francisco non-profit as the lead on a training and advocacy project focused on improving the educational opportunities for children experiencing homelessness. He then served as the lead case manager for an East Bay organization where he provided counseling and case management services for adults with mental health and drug and alcohol issues as they transitioned back into permanent housing. Michael married his wife, Sarah Carnochan, in 1998. Sarah is the director of the Bay Area Social Services Consortium at the UCBerkeley School of Social Welfare. Their daughter, Anna, was born in 2003 and will be attending UCDavis this Fall. Michael and Sarah attended High Holidays at Kehilla over the years and officially joined the congregation around 2012. Anna attended religious school at Kehilla, had her Bat Mitzvah in 2016, and has been a member of JYCA. Michael has provided occasional IT assistance to Kehilla, worked with Kehilla as it re-engaged with its use of Salesforce, is a member of the Budget Priorities group, and is the co-chair of the Finance Committee, which he has been a member of for approximately five years.

Rachael Reiley (She/Her/They/Them-Its complicated) is an almost native San Franciscan having moved to the city in the summer of love (1971).  She grew up in Diamond Heights and the Castro, then “left home” to attend Mills College then returned and earned a JD at USF.  In the late-1980’s she discovered the Jewish community of Sha’ar Zahav which is where she first met and studied with Rabbi Dev.  In 2001 she married Emily Newfield, and their son Riley was born in 2006. When he was a few weeks old the family moved to Cambridge MA where Emily completed an ob-gyn residency.

Upon returning to the Bay Area they quickly found Kehilla where Riley attended the school and Bnei Mitzvah program.  Riley loved his time at Kehilla school and Rachael loved sitting on the sofas with the Thursday afternoon Torah study whenever she could.  Rachael has also enjoyed the opportunity to study with the Kehilla community at 700 Benches, the Kehilla retreats, and Svara, among other adult learning opportunities.

During the pandemic Rachael has been at her computer pursuing a Masters in Library Science through San Jose State University.  She has a deep passion for middle grade and YA literature that she will talk about endlessly if you let her.

Rachael is excited to serve with such a vibrant leadership team at Kehilla this year. 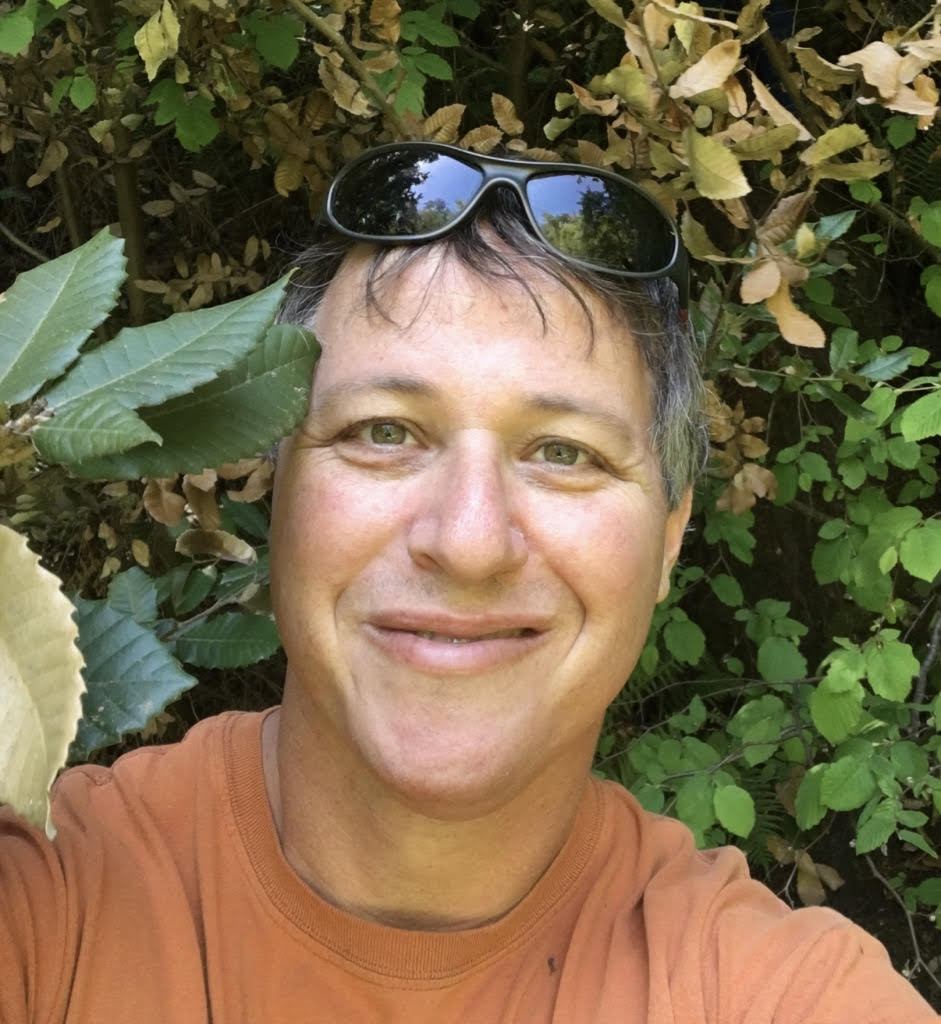 Ori Tzvieli was born in Israel and moved to the US at age 12 with stops in Louisiana and New Jersey before landing in Berkeley. It was during his first year at Cal that he first encountered Kehilla’s welcoming spirit while attending the community Seder. He re-engaged with the congregation later in life when Rabbi David officiated his wedding to his wife Lori and later when his daughters Hannah and Ruby went through Kehilla’s school and BBM program. He has always valued the social engagement and inclusive spirit of the community, and is excited to join the board to help further those values.

He works as a family physician and medical director in Contra Costa for the county public health system where his current focus is on homeless and addiction medicine. Over his career in medicine he has held a variety of roles as a hospitalist, a teacher for medical residents, a primary care physician, hospital chief of staff and medical director, and is hopeful that some of that experience will come in handy on the Kehilla board. Ori has had a longstanding interest in Dzogchen meditation, hiking, and urban farming.

As a new board member, Ori is looking forward to engaging with a broad group of congregants and helping support a stable foundation that helps the community translate its values to living action.