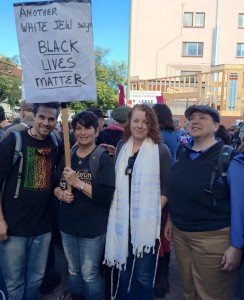 Yes, it is inconvenient when a roadway is blocked temporarily or the trains don’t run on time. There is a danger that people affected by the inconvenience might regard themselves as targets of the demonstrators despite their own innocence of wrongdoing. But I do not see it converting those inconvenienced into racists. That a black person is killed every number of hours by law enforcement does require us to acknowledge that if this fact is business-as-usual, then we need our default expectations shaken up from time to time. A day after I participated in a traffic-stopping die-in after the Selma showing at the Grand Lake, I was held up in traffic by a demonstration. I turned off the motor so that the action would not increase my carbon footprint and resolved to be patient in the face of a movement that cannot and should not be patient.