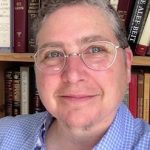 A story from the Talmud:

Back in the time when our sages were creating a radical new practice that we now call Judaism, their laboratory was the Beit Midrash, the house of study, where they learned how to live in alignment with the wisdom of their ancestors, and with the truth of their own experience. They learned, and discussed, and reflected and argued – arguments for the sake of revealing truth so that everyone could grow.

At one time, there was a brilliant man who was the head of the Beit Midrash, Rabban Gamaliel. But he was also impatient and very strict, and as time went on, his brilliance was dulled by his harshness with his students. One day, he went too far, letting his need to be right overcome his compassion, he terribly humiliated one of his students in front of the whole community, The other leaders of the Beit Midrash saw that it was time to appoint a new leader, and Rabban Gamaliel was deposed.

After much thought, they settled on Rabbi Eleazar ben Azaria as the right choice to take his place. Rabbi Eleazar was only eighteen at the time, and that night he confided in his wife his worry that he wouldn’t be taken seriously because of his youth. He woke up in the morning with eighteen rows of white hair in his beard!

That morning Rabbi Eleazar set out to assume his new position as head of the Beit Midrash. Now, Rabban Gamaliel had imposed a rule restricting who could come and learn in the Beit Midrash – the rule was that “no one whose inside is not like their outside may enter to learn.” As his first act, Rabbi Eleazar ben Azaria lifted the restriction, inviting anyone who wanted to learn Torah to come in.

Rabban Gamaliel became distraught and said: What if, G-d forbid, I withheld Torah from Israel?!

For centuries, girls, women and openly queer people have been kept out of most of the holy spaces of Jewish learning. Beginning in the 1970s, the doors of the Beit Midrash opened to women, then gay people, then trans* people.

We live in an amazing time, when the first generation of people-who-were-kept-out are now running their own yeshivas and teaching their own students. We get to live in a time when this wave of Torah-through-fresh-eyes is cresting. We get to be part of a new kind of radically inclusive, pulsing, breathing Torah of Now, in deep conversation with our ancestors who, in their own time, were creating their own amazing Torah of Now.

With 700 Benches, we’re launching a new, collaborative Beit Midrash that’s dedicated to making sure that everyone who wants to learn, gets to learn—in direct, un-translated relationship with the Hebrew and Aramaic texts of our tradition.  All you need to know is the Hebrew alphabet and vowel marks, so that you can sound out Hebrew words. And if you don’t know that yet, there are always opportunities to learn.  Just ask me, and I’ll hook you up.

Kehilla and Chochmat HaLev are launching this project together, inspired by SVARA, the yeshiva founded by Rabbi Benay Lappe, and following many of Rabbi Lappe’s methods.

Our first class is starting in April. We’ll be learning from Tractate Yoma of the Babylonian Talmud, uncovering the very beginnings of our contemporary practice of Yom Kippur and teshuvah, spiritual turning.

Joining me on the Beit Midrash teaching team are:

Please be in touch with me if you have any questions.  We have a bench waiting for you!